If there is any actor who has evolved in the last decade with his brilliant acting skills is Shahid Kapoor. Be his performance in Kaminey, Padmaavat, or the recent Kabir Singh; Shahid Kapoor has proved again and again that he is someone you can't ignore. Shahid Kapoor body transformation also, in recent times, has become the talk of the town, considering he is a vegetarian. Shahid Kapoor body and diet plan secrets, we all want to know.

So I researched and found out, Shahid Kapoor diet and training plan.

We saw the muscular Shahid Kapoor way back in 2010, with his award-winning performance in Kaminey. His shirtless running scene established his as a new poster boy for six-pack abs.

Shahid Kapoor didn't let any role stereotype him; he consistently changed his avatar from time to time to shock his fans. His selection of unconventional characters got him accolades both from critics and the public. If Kaminey was about shahid looking ripped, a few years later, we saw him in Haider, with no muscle mass.

But in all these years, Shahid Kapoor has managed to maintain a body that has helped him play different roles in movies. Given a fact, that he is a vegetarian, maintaining muscle mass must have been a challenge for him.

I remember once Shahid quoted

"The biggest challenge for me was getting a six-pack with a vegetarian diet. To build muscles, one needs to have enough supplies of protein. Now, my body does not get animal protein, so I have to make up for its loss."

Shahid Kapoor's biggest challenge so far has been his ripped Padmavat look. As per the reports (by major daily newspapers), Shahid Kapoor relied a lot on beans, rice, spinach, fruits, veggies, and whey protein supplements to meet his daily protein requirement.

Being a vegetarian has its own set of challenges, but Shahid Kapoor didn't let that stop him.

Being a perfectionist, Shahid Kapoor doesn't leave any stone unturned to make his character look more convincing. That is precisely what he did for his role in Padmavat.

He maintained a strict diet for 40 days eating only brown rice and steamed vegetables. According to the reports, Shahid Kapoor even gave up on sugar and salt for a few days to acquire that chiseled, sculpted look for his role.

Shahid Kapoor can be extreme when it comes to his discipline! He hired a Canadian celebrity chef Kelvin Cheung to make all his meals with the right amount of macronutrients.

Shahid Kapoor divides his workout into two parts. Upper body and lower body. Three days a week, he does the upper body, and the other three days, he focusses on his lower body.

Set 1: Five sets of the following exercises, each repeated 8 times

Set 2: Five sets of the following exercises, each repeated 8 times

Set 3: Five sets of the following exercises, each repeated 8 to 12 times

Set 1: Four sets of the following exercises, each repeated 12 to 15 times

Set 2: Four sets of the following exercises, each repeated 12 times 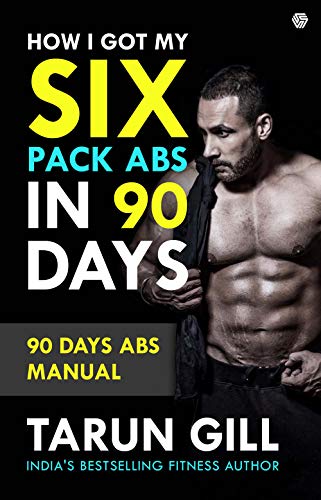